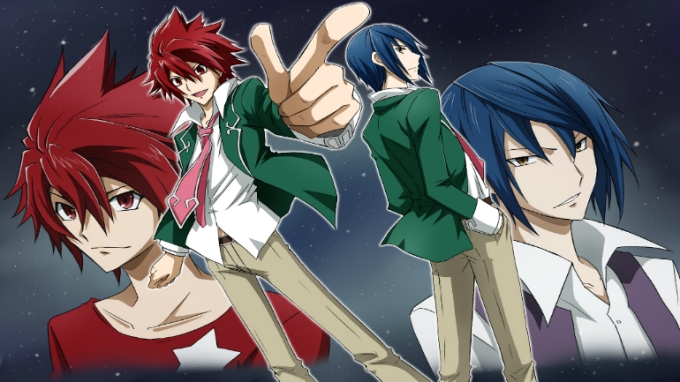 As I’ve said before on this blog, there was a time when the idea of Studio BONES producing a mecha series was a guarantee formula for success. A long forgotten age when fan waited on bated breath for the announcement of BONES doing a show featuring giant robots. Today’s anime is one which came during the time when the studio could do no wrong and despite its eccentric nature was still a series worthy of the attention of mecha fans everywhere.

A boy named Takuto has transferred to Southern Cross Island in hopes of finding his lost father. While there he becomes entangled in the plot of the Glittering Crux Brigade, who wish to use the mysterious giants known as Cybodies to take over the world. Luckily, the seal of the four maidens prevents the Cybodies from being used anywhere except another dimension known as Zero Time. To prevent the Brigade from breaking the seals and using the Cybodies as they see fit, Takuto pilots his own Cybody named Tauburn to fight and protect his new friends from the dangers surrounding the island. 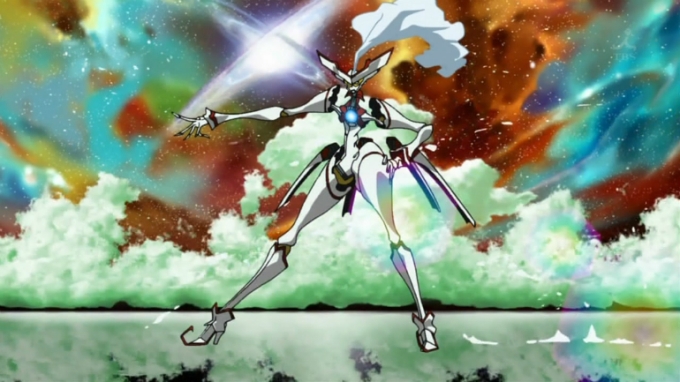 This show is over the top in a great way. From the main character having the nickname of “The Galactic Pretty Boy” to the villains of the “Glittering Crux Brigade” this show pushes the envelope of what is acceptable but you find yourself enjoying every minute of it. The show manages to reach levels of ridiculousness but at the same time retain a level of drama where you find yourself worried for the characters and their circumstances. Each character has a properly flushed out backstory and realistic motivations. Also, almost every one of them has a special power because of being connected to their Cybodies which resulted in a lot of hi-jinks.

The robotic designs take a bit to get used to. After all Tauburn looks like a musketeer and he’s suppose to be the robot we root for. Still, the designs eventually grow on you and some of the different “robot of the week” forms which are pulled out are definitely interesting to look at. 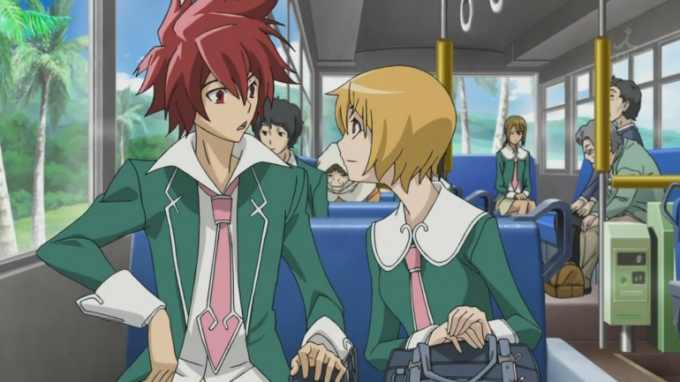 The show does suffer from a “Monster of the week” format but this is kind of to its advantage. The monster of the week format allows each of the different members of the Glittering Crux Brigade to get a bit of screen time to so they can have their own time the spotlight before Takuto kicks the crap out of their own distinct Cybody.

The show does have a few other problems with it. The main being that the series ends far too quickly and doesn’t really have a good epilogue. Frankly, I would have hoped the movie for it would add some new content but I’ve since hear this is not the case. Instead, the show just ends after the final battle without any type of conclusion to how the characters are going to react to what has happened. There wasn’t enough of a need for a second season but a few additional scenes even on the DVD release would have been all the show needed. Is a simple Omake too much to ask?

Star Driver was another example of the winning combination of having Studio BONES do a giant robot series. One of these days I’ll have to get around to watching the shows which seemed to break this winning combination. Of course I kind of did one of them already with Captain Earth but I’m beginning to think I gave that one far too much praise then it deserved.

One thought on “Star Driver”