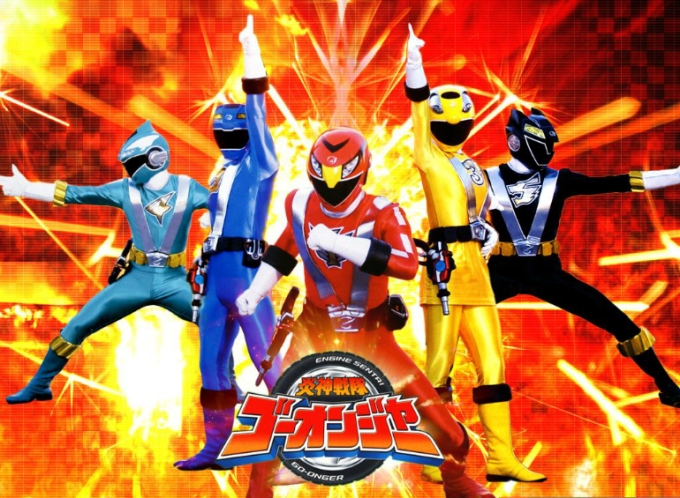 Time to dig into another entry of the Super Sentai Franchise. Today’s review looks at a more lighthearted Sentai Series. Does the fact its not dark or deep as other series make it a bad show?

The Engines of Machine World have crossed over into Earth while chasing the evil Barbaric Machine Clan Gaiark who intend to pollute everything. The Engines obtain the help of humans and giving them their power to fight against the Gaiark clan. The humans, Sosuke, Renn, Saki, Hanto, and Gunpei fight to protect the world as the Engine Sentai Go-Onger.

The characters are decent but a bit bland. No one has a deep character arc and the only real conflict seems to be when the other two teammates, the Go-On Wings are introduced and don’t know how to play nice with the main five, at least not at first. Otherwise, all of them seem to rely on their overarching personality type to get through the series. The interesting thing is this behavior doesn’t come off as annoying, because despite being one note characters in nature, they still are competent fighters.

The aspect of other worlds is introduced early but isn’t utilized as much as it could be. Sure they introduce it and use it to explain where the Engines come from but they don’t really look into the dimensions except in the movie. In the movie, they once again utilize the Toei Kyoto Studio Park and have the team go to “Samurai” world. For the most part the series just takes place on modern day Earth but is seems like their was more potential for a deeper epic story if they had kept traveling to other dimensions. Sadly this doesn’t happen. 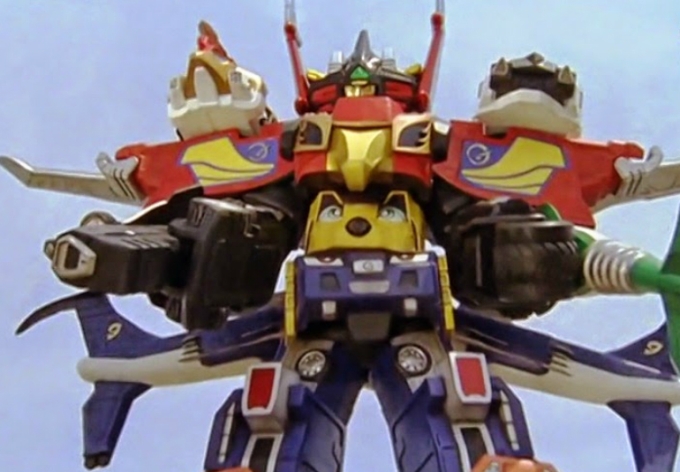 Mecha which are sentient aren’t always a bad idea (like with Abaranger) and fact they are doesn’t detract from them as a Sentai Mecha. There is a more glaring problem and it is a case where one of the design of the robots just didn’t work because of how they combine. Every combination really just looks they are piling on top of one another in an awkward moshpit. It’s not exactly the most interesting mecha design to say the least.

The villains are okay but are better when they are act more comical then trying to be downright malicious. Let’s be honest, ever since Captain Planet came out the idea of a show where the main purpose of the villain is to pollute for pollution’s sake really doesn’t sound feasible, dangerous, or even plausible.

This show is weird which really is the best way to summarize it. Between the talking sentient car animal mecha to the enemies whose mission it is to pollute the world but are quick to join forces the with heroes sometimes on a whim (like when Kegalesia decided to join the female members of the team to form an idol group) everything about it is peculiar. Don’t even try to take this series seriously. It may have a serious moment or two but these are few and far between. This is a more comical Sentai but it succeeds in being one. Even if I don’t count it as one of my more favorite series I still found it to be more entertaining than some series like Ninninger (the review of which is coming) which will live in infamy as causing the fan base to be worried every time a ninja themed series is announced. So it doesn’t do any harm and is kinda fun. Really its the best way to summarize the show overall.